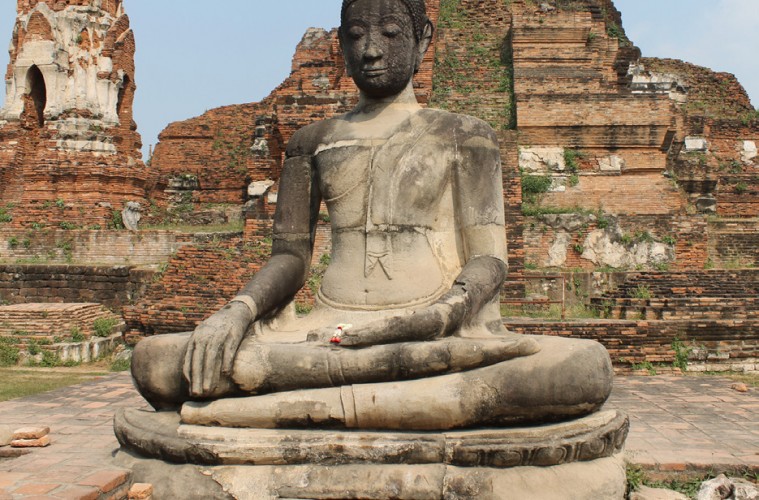 Starting in the city of angels, you’ll experience the whimsical world that is Bangkok, a collision of old and new in a chaotic, yet charming city. You’ll take in its Buddhist temples, palaces and bazaars on one hand, and experience modern shrines to fashion and bustling night markets on the other.

We’ll also take you on a culinary journey of Bangkok’s best street food joints before they disappear forever, thanks to new laws threatening to close down this pivotal part of city life. We’ll teach you how to cook up these delicacies too, partly in an effort to keep this heritage going, but more so you can bring a new-found skill home with you as a souvenir. We’ll also introduce you to Thailand’s other capitals, Ayutthaya, the ancient medieval centre of the Siamese Kingdom, now a UNESCO World Heritage Site of stunning, breathtaking temples, palaces and ruins.

You’ll head North to visit Chiang Mai, the seat of the old Lanna Kingdom. You’ll stay at a home built by Louis Leonowens, son of Anna of ‘Anna and the King’ fame. You’ll explore this ancient, walled city and revel in its stories.

You’ll end up in the lesser-visited Isan Province in the city of Ubon Ratchathani on the banks of the Mun River, enjoying a laid back, rural vibe, before an expedition into the Pha Taem National Park to admire prehistoric rock paintings.

The outline itineraries featured are for illustration purposes only. A final, personalised itinerary and price will be provided after consultation. The final itinerary will comprehensively list what is included, but generally our itineraries include luxury hotels, transfers, tours and internal flights; and exclude meals and drinks. Starting prices are subject to change based on itinerary, availability, currency fluctuations and time of year.